A concussion is an injury to the brain. Concussions are caused by a bump, blow, or jolt to the head or body.

A concussion is an injury to the brain. Concussions are caused by a bump, blow, or jolt to the head or body. Even a “ding,” “getting your bell rung,” or what seems to be a mild bump to the head can be considered a concussion and can be serious.

Soccer Is the leader in concussions 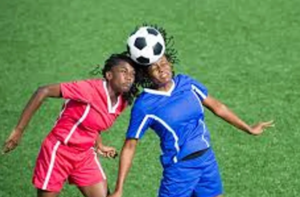 At each play level, from youth to high school, collegiate to professional, head injuries and concussions are an issue. But how these injuries manifest is worth a look. In youth and high school soccer athletes, a concussion is the second most common injury sustained during match play. The consensus data also indicates that the rate of concussion injury in this player population was on a steady incline year over year from 2006 until roughly around 2011, when it began to plateau. The hypothesis is that better education and greater awareness, in addition to earlier symptom recognition and reporting, are at least partially responsible for this leveling off of injury. One interesting finding from this summit that is worth noting, particularly in youth and high school soccer players, is that three-quarters of the concussions in this population occurred when the player was not aware that contact or collision was coming. When collision was unexpected, and a concussion resulted, the result was a longer duration of concussion symptoms than in those players who were aware that a hit was imminent. www.sportsneuropsychologysociety.com 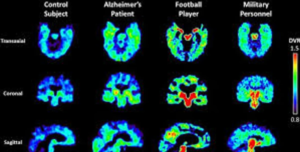 According to the Boston University CTE Center, Chronic Traumatic Encephalopathy (CTE) is a degenerative brain disease found in athletes, military veterans, and others with a history of repetitive brain trauma. Most of what we have learned about CTE has come from the research of Dr. Ann McKee, director of the VA-BU-CLF Brain Bank, who has revolutionized our understanding of CTE.  In CTE, a protein called Tau forms clumps that slowly spread throughout the brain, killing brain cells. CTE has been seen in people as young as 17, but symptoms do not generally begin appearing until years after the onset of head impacts.